our 4th at Lake Tahoe 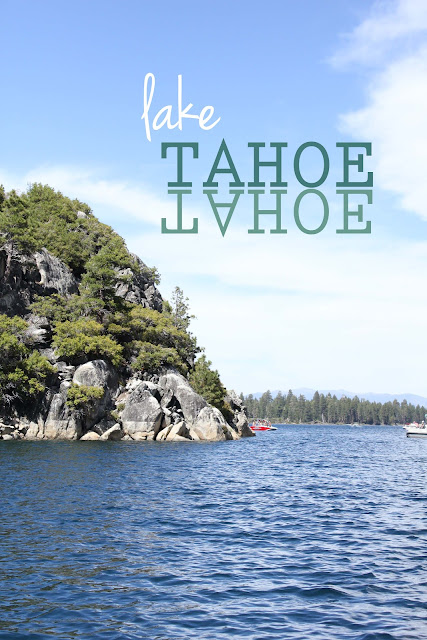 My husband is full of ideas and most of them are good ones. It was a great idea of his that we spend the 4th of July at Lake Tahoe. Neither he nor I had witnessed the majesticness of Lake Tahoe and I am sure glad we did. Finding Lake Tahoe is a bit of a bizarre experience. Somewhere in Nevada our Maps app told us we were 10 miles away from the lake but when we looked out the window we were surrounded by farms. I was convinced we had made a mistake and the cows we drove by seemed to mock me. Then Mr. Map app led us straight up a sheer mountain that seemed too large to divide a farm from a lake by less than 10 miles but there that mountain stood. We drove up and up and when we reached the top, what do you know there was a massive lake! It seemed a bit claustrophobic that this massive body of water was rimmed by sheer mountains and if those mountains were removed all the farms and cows would be at the bottom of a lake. Claustrophobia aside, we had a good time anyways!

Our day started out at the beach. Lots of sunblock and sand. Very 4th-of-July-ish. Some of Clint's family joined us including Michelle's (Clint's sister) family and Davey's (Clint's brother) family. But nugget was my favorite part (of life really). 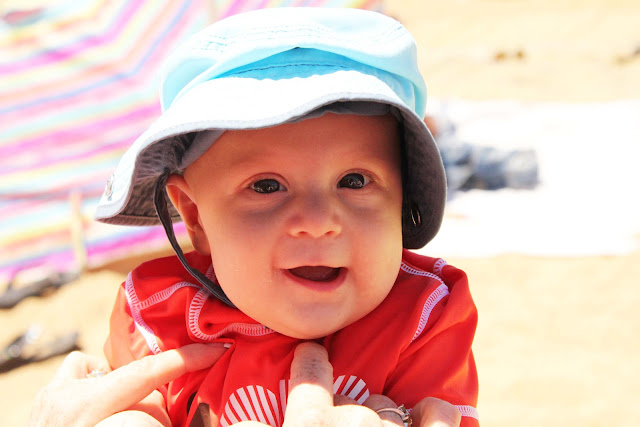 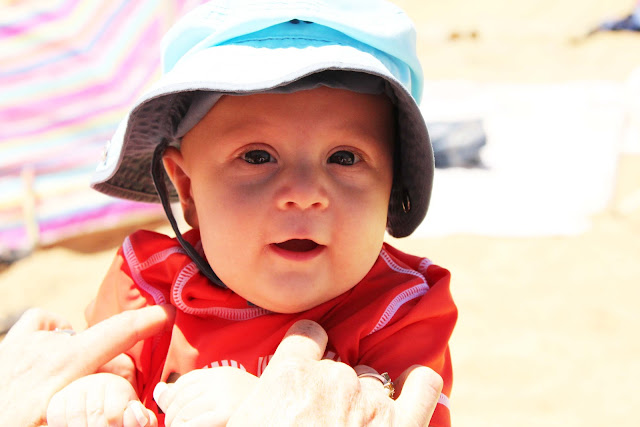 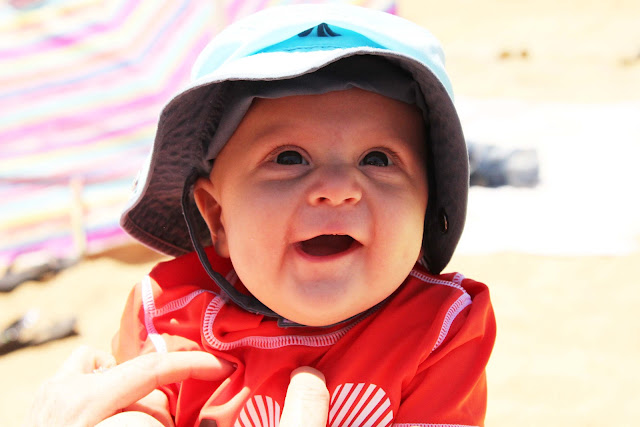 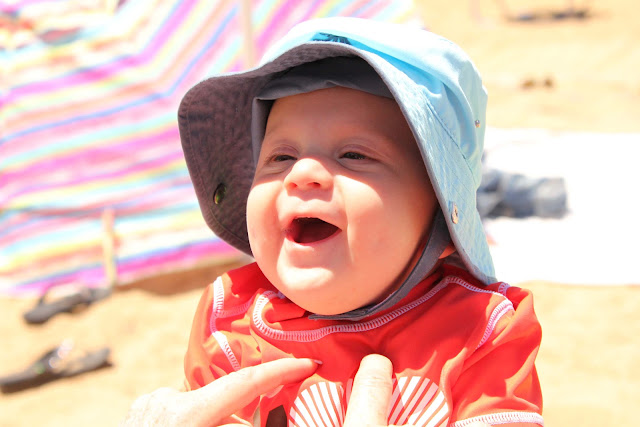 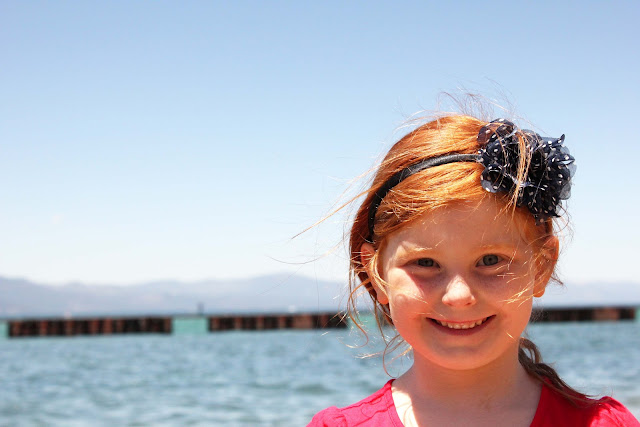 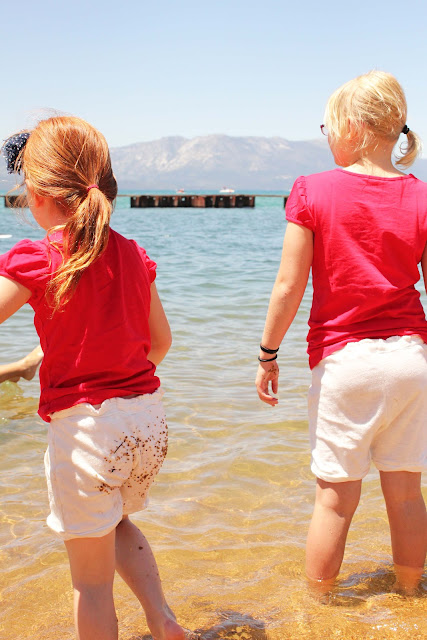 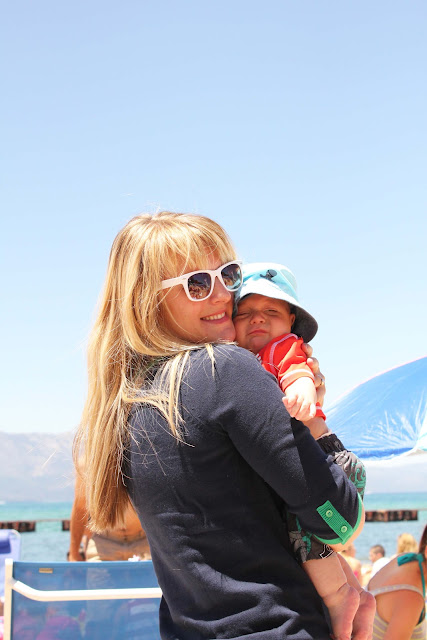 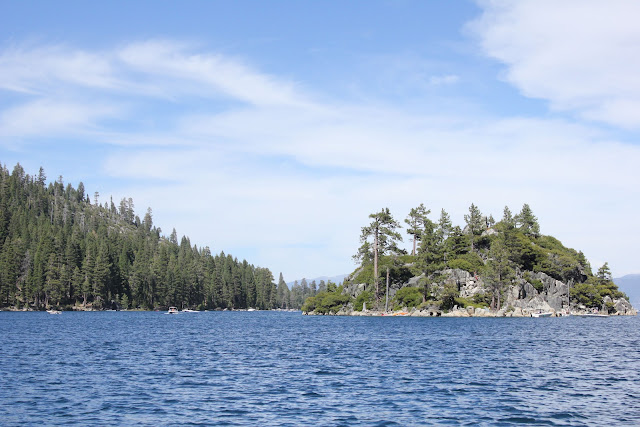 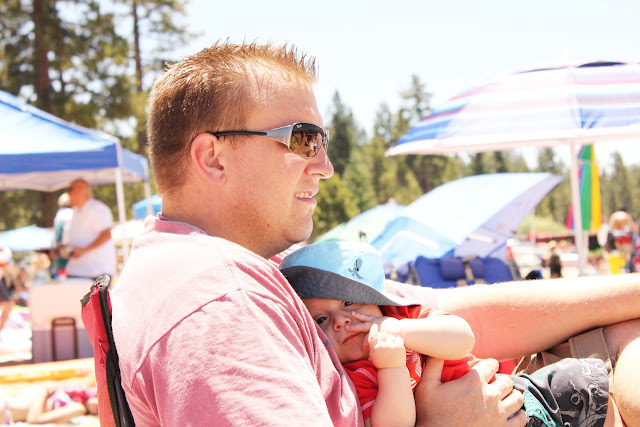 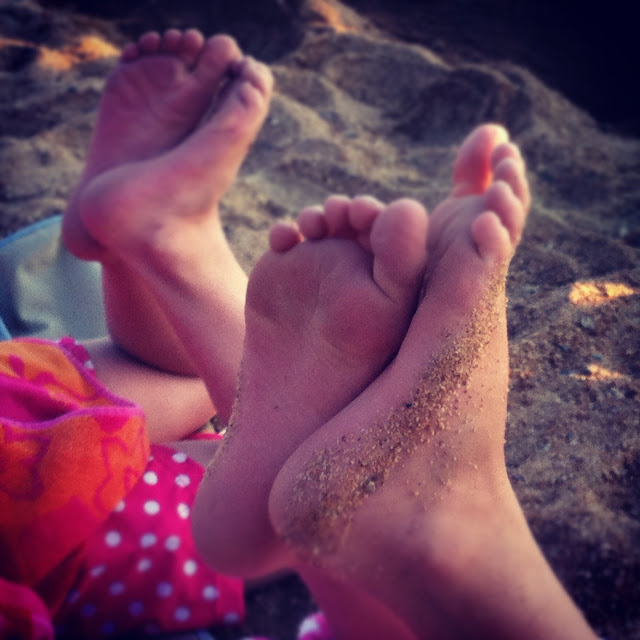 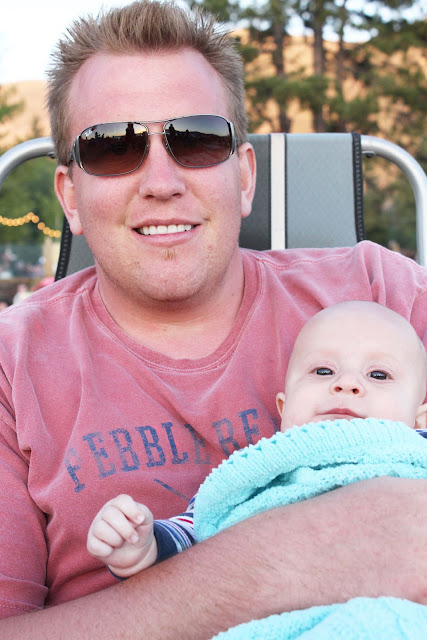 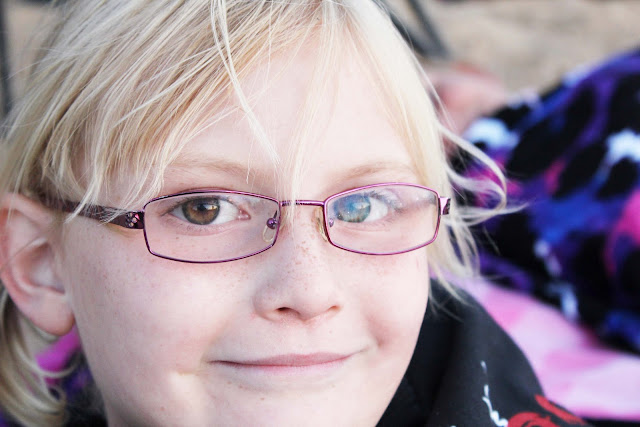 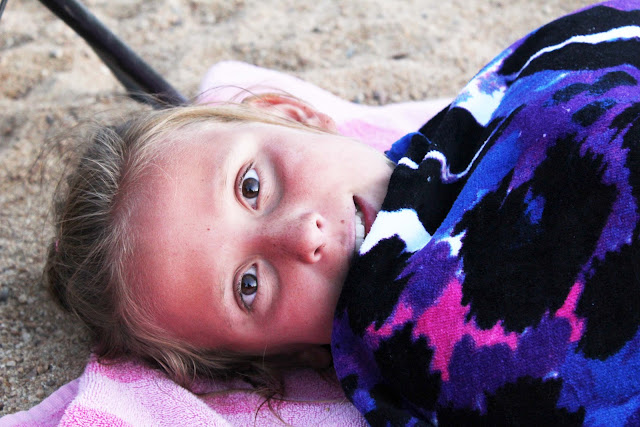 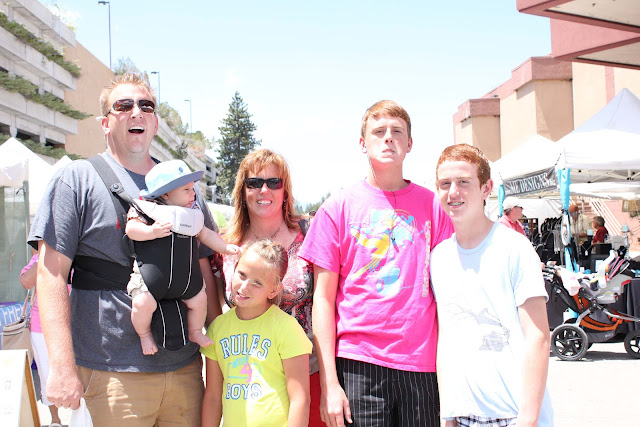 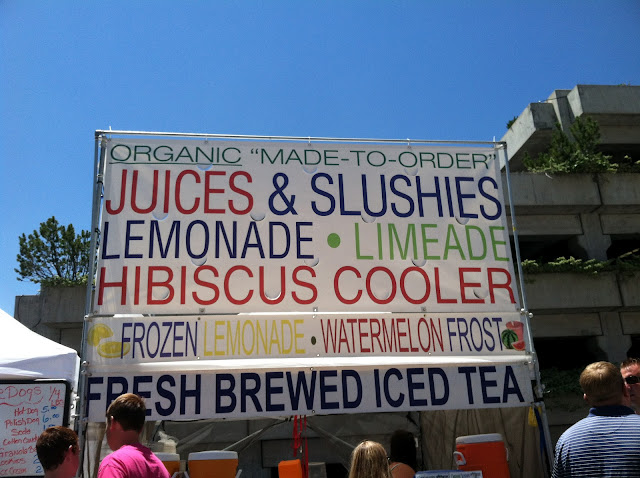 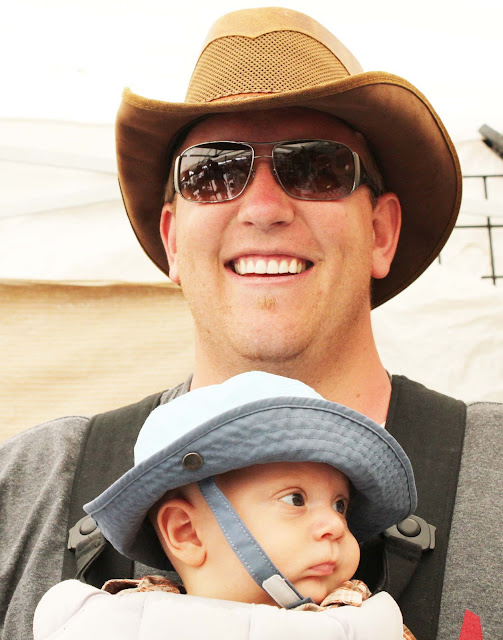 The family also enjoyed a craft show (which was my good idea) and it was a definite hit. But the best part for all was the amazing firework show over the lake. I wish you could have all seen Nugget Liam's fascination with fireworks. His little eyes light up and he starts air swimming (waving his little arms and chubby legs like he's treading imaginary water). 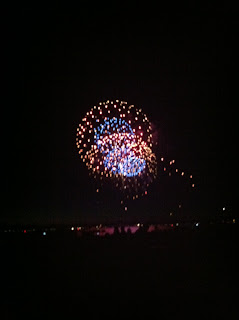 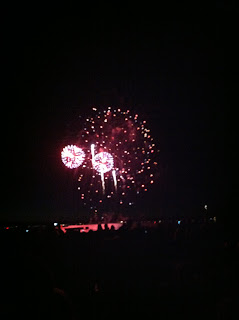 Tweet
Pin It
Posted by Alixandra Lewis Adams at 11:15 PM